Posted on August 5, 2006 by paquettepaul
Got on the train for Bangkok at Lampang after a pleasant stay with Samreung and his family. Fell asleep at 8:30 and I’m surprised I managed to sleep as long as I did. Awoke about 4:00 at some stop or another in central Thailand– the station is on the other side of the train. However, I don’t find it important enough to go find out where we are.
Looking out into the darkness one can see a scatter of dots of light — other “crazy people” awake at this God-foresaken time. I suspect that their lives have greater urgency than mine at this hour.
The train arrives in Ayuthaya, the former capital. My car is in the beginning of the train, so we are just at the end of the platform. Lights cast an eerie shadow over everything they shine on. People getting on and off the train, others scurrying to meet relatives and friends, or still waiting the arrival of another train—wishing, I’m sure, that this had been the one so they could return home their duty done or continue on to some unknown destination.
There is a knock on my door at 7:00. It is the attendant wanting to know if I want breakfast. Recalling breakfasts past on these trains, I wisely decline.
=========================== 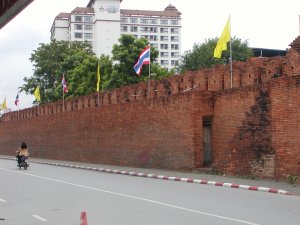 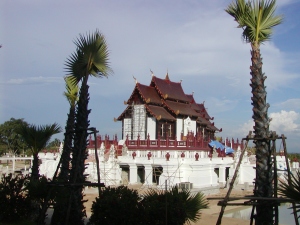 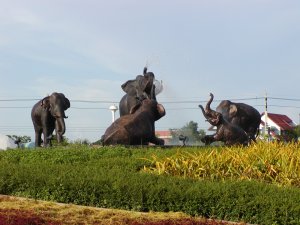 After Chieng Rai, I took a two-hour trip by bus to Chieng Mai. As wonderful as it was to be traveling  through the”unknown” world of Laos, it is equally pleasant to return a familiar location like Chieng Mai. Weerasak met me at the hotel and took me on a little trip around the city. We manage to get into the construction site for the up-coming World Flower and Tree show. One of my former students, who is in charge of the old queen mother’s palace grounds is responsible for the Thai exhibit. It is not even near completion, but is breath-taking already. I hope to get pictures when it is completed.
The whole time I was in Chieng Mai, people I knew kept popping up. We visited one of the science teachers who used to be at my old Peace Corps site. She now lives there and has two high-rise apartment buildings near the university.
The next day Pramoan, who is now working in Chieng Mai at the Naval station that monitors earthquakes for Thailand, gives me a tour of the facility and quite a lesson on  earthquake monitoring. Very fascinating stuff! We arrived at Doi Sutep just in time for the clouds to part and get great shots of the city below. 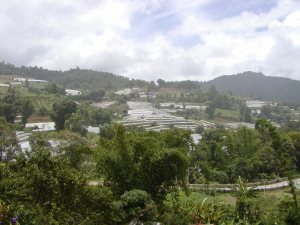 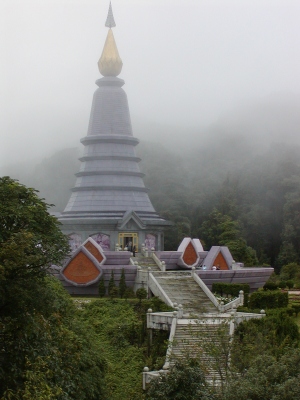 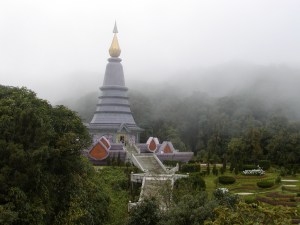 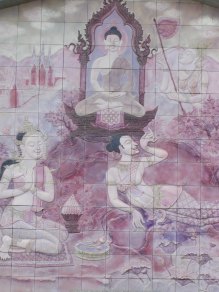 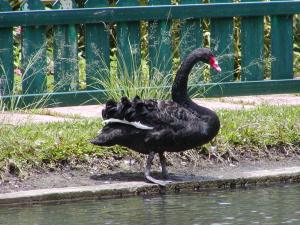 The following day, I visited Doi Inthanon, the highest place in Thailand. Also go to at least three waterfalls and a huge project to support the hilltribes in growing cash crops to surplant the opium poppy production that has been their main crop for years. Got back in time to grab a quick shower and go to Weersak’s and his twin brother Weeradeth’s birthday party. A locally well-known Chinese chanteuse drops by to sing three incredibly beautiful songs. This is contrasted in every way by the karaoke disaster of Weerasak and I singing Elvis Prestley songs as a very poor, yet no less entertaining in it’s own right, follow-up! As with last year, I end up not getting the chance to explore the old central city! Next time!
Weerasak took me on the one-hour drive to Lampang, where I visit with Samreung, the former student of mine who lived with me in Bang Boh. Chieng Mai has many things, but Lampang is an uncovered gem when it comes to interesting temples in many styles– Bangkok, northern and even Burmese. Sam drops me off at Wat Chedi Sao (Twenty Chedi Temple). I have a leisurely hour to tour the grounds and take pictures. This is taken up by the monk I meet at the museum there who takes great delight in showing me every artifact from ancient pottery dug up in the area to an unexplainable trove of old bicycles, telephones and TV’s! I think he spends and equal amount of time showing me how his new watch can work as a TV remote devise. No doubt the TV and the watch heading for an almost certain future as an exhibit in the museum……
It isn’t long before I am saying again how I wish I had one more day……… the train to Bangkok awaits.. with sad goodbyes to Sam and Gitsana.